4-ball ASTM tests on a number of oils have demonstrated the benefits: 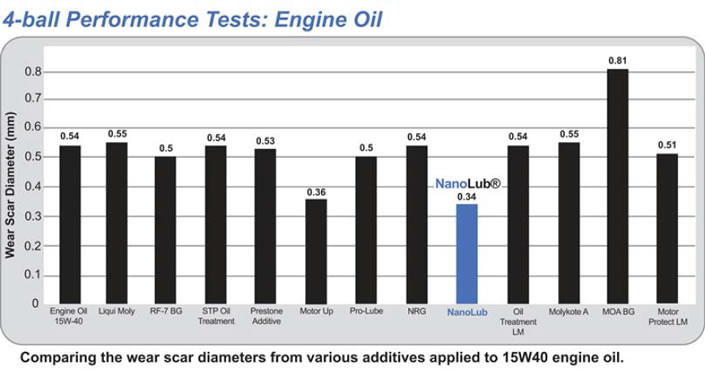 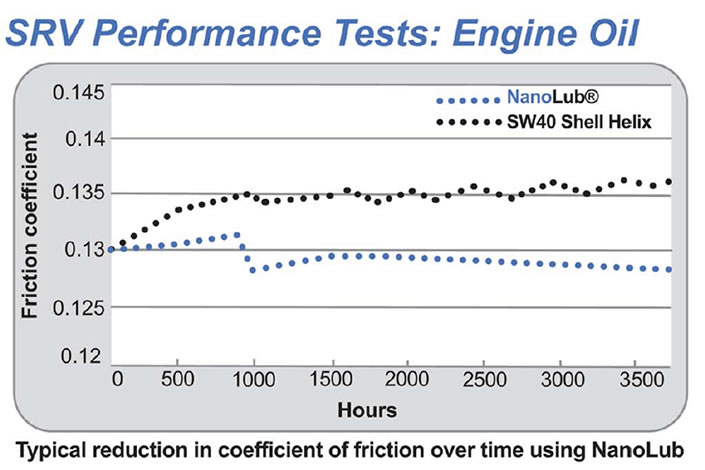 An initial trial by a council in regional Australia demonstrated that the use of WS2 additives in its vehicle fleet has the potential to deliver significant cost savings and environmental benefits. Results show a significant reduction in emissions and fuel costs.

The trial of six vehicles of varying sizes and operational uses - a Ford Ranger, Hino light truck, Toro mower, Massey Ferguson tractor and two Hino medium trucks - was part of a move by the council to standardise the operating requirements of fleet vehicles and create efficiencies in exhaust gas emissions, fuel consumption, and equipment and oil service life.

Initial results from all vehicles showed a measurable reduction in emissions of carbon dioxide, carbon monoxide and oxides of nitrogen as well as a reduction in fuel consumption.

The trial has shown that the council could save tens of thousands of dollars in ongoing running costs across the entire fleet by using liquid tungsten ws2 additives, representing a better return on capital investment.

It could also see that added savings could be achieved through extended service intervals, which would reduce waste oil costs, equipment downtime, labour and lubricant inventory.

Get our email newsletter

testimonials from our customers